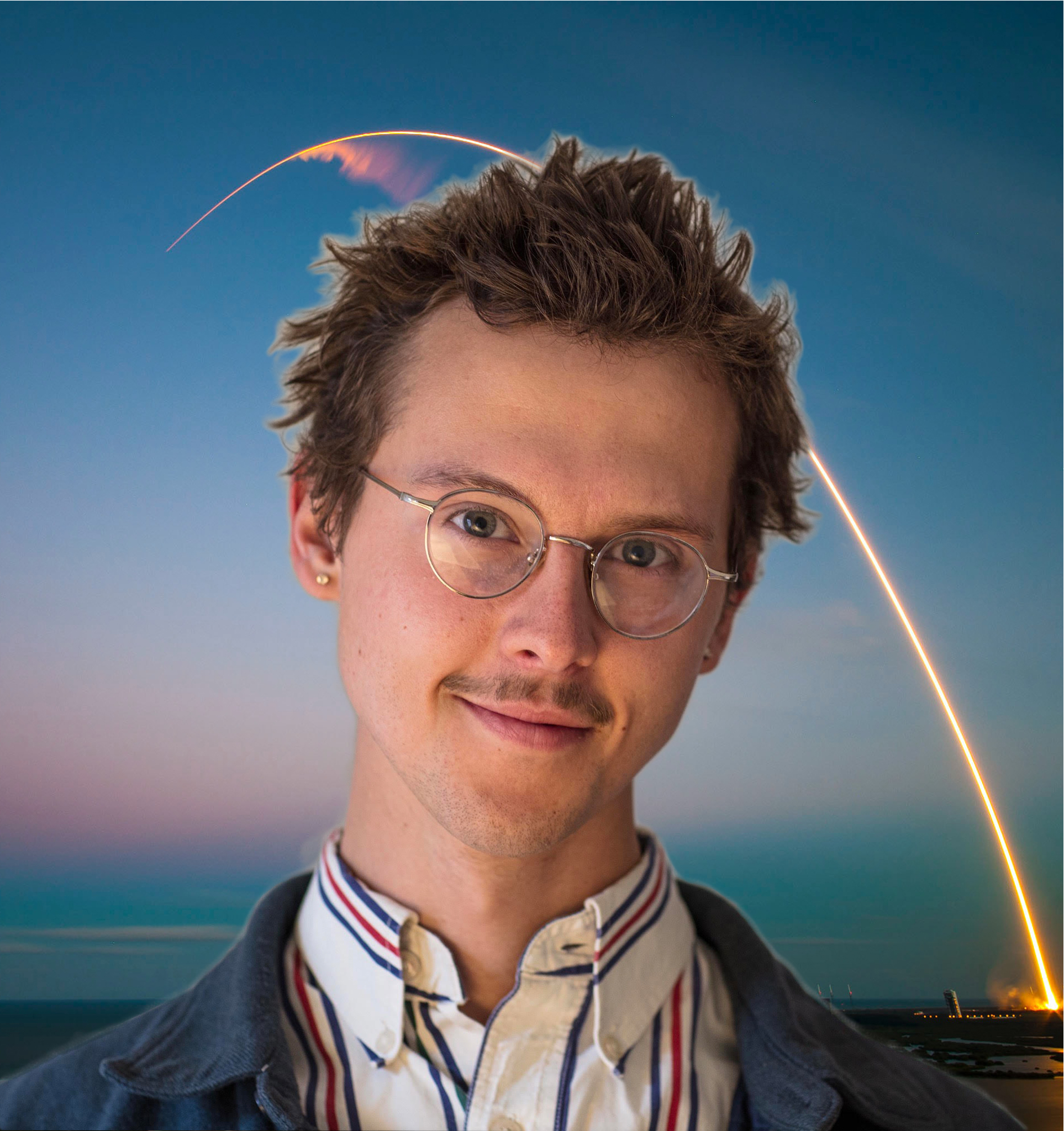 In college, I  ran a fake campaign for president of my university accompanied by a short NPR interview and a newspaper article that “questioned the level of social awareness and respect possessed by these candidates.”

We lost. It was awesome.

We did, however, get a real sponsorship from Johnsonville Sausage in which they sent us 35 pounds of sausage to grill out.

I then used some of our social media engagement yada yada to get sponsored to play disc golf across Europe. I’m not that good at disc golf, but I am good at sending a ton of emails to disc golf companies.

After that, I was hooked. I started emailing everyone I could think of. I bought this sweet 1994 Dodge Xplorer (named Finn) and decided to drive around the country and meet the people who were going to sponsor me.

After receiving 436 bags of sunflower seeds and a year's supply of protein powder, I had a realization: I didn't need that many of those things.

So, I thought, "how much more fun would it be to just give it all away?" (Answer: way more fun)

Now the goal is to become the most sponsored man in the world in order to give it all back to the people who follow the project.

I have no idea if this is going to work, but like Wayne Gretzky and/or Michael Scott said, you miss 100% of the shots you don't take.

If you want to stay up to date on how this project is going, the absolute best place to follow along is by email. I write a weekly email called Whatcha Need Wednesdays where you get whatcha need.
Thank you! Your submission has been received!
Oops! Something went wrong while submitting the form.
You’re not sure what that means, I’m not sure what that means, but you’ll get an email every Wednesday!